Essential Reading for the Whole Woman

Uterine prolapse is less common by itself than cystocele or rectocele. The reason is that cystocele and rectocele tend to occur together and their front and back bulges into the vagina tend to prevent the uterus from descending.

In my case, my profound uterine prolapse was caused by a bladder suspension surgery to the point where my cervix was protruding well beyond my vulva. The pulling, bulging and chafing were very uncomfortable and I struggled with the condition for many years in spite of recommendations to have a hysterectomy, which I refused to do.

If you have read my articles on cystocele and rectocele (which I strongly recommend) you have learned that the uterus is positioned forward over the bladder, and lies directly behind the front abdominal wall.

Many women who love to exercise struggle with their poochie belly, which seems to persist in spite of their pursuit of “six pack abs”. In fact, your poochie belly is home to your bladder and uterus.

The Perils of Conventional Posture

The conventional posture that is taught to women, tuck your butt, flatten your belly, and pull your shoulders back is great military posture for men, but terrible for women. It is the natural and pronounced curvature of the lower back, or lumbar spine, so characteristic of the female shape, that allows your organs to remain where they belong, over the horizontal pubic bones and in the hollow of the lower belly. 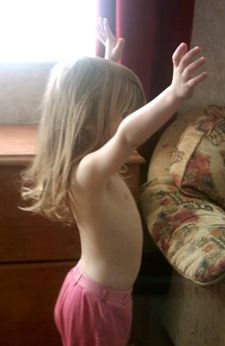 Young girls assume this posture completely naturally, and lumbar curvature is what makes the female shape so graceful. This three year old is a classic example of the natural and spontaneous spinal shape.

Lifting the chest and relaxing the lower belly tends to align the female spine to its natural curvature. Then gravity and intra-abdominal pressure caused by your diaphragm descending with every breath you take, can pin your organs into their normal and natural locations.

Where Did Medicine Go Wrong?

It’s hard to believe, but more than five hundred years ago Andreas Vesalius, who became the most influential medical illustrator, drew the pelvis incorrectly, like a basin with its opening at the bottom.

Amazingly, the medical literature has propagated this misconception ever since. It wasn’t until the mid 1950s that anyone, in this case J.W. Davies, MD, published a journal article suggesting that if the pelvis were actually oriented as illustrated, you would dislocate your pubic bones every time you took a step.

The article was ignored for thirty years until a couple of veterinarians, Drs. Stromberg and Williams, published an article in the Journal of Biocommunications suggesting the medical system really needed to rethink human pelvic orientation. In 1996, Linda Brubaker, MD, in her medical text, The Female Pelvic Floor appropriated Davies’ work (without giving him any credit) and for the first time a more accurate pelvic orientation began to be taught to doctors. 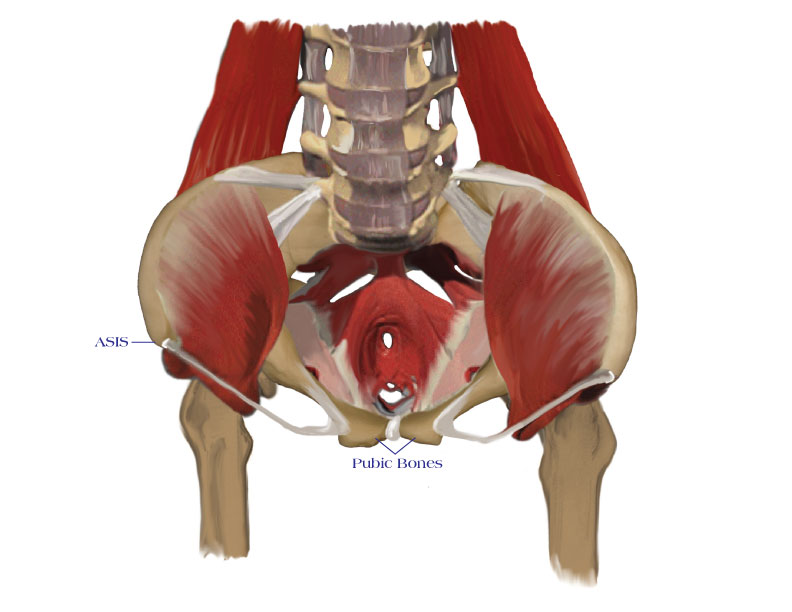 However, the rest of the illustrations in her book are incorrect and pelvic orientation continues to be misunderstood, not just by gynecology, but by orthopedics as well. This illustration shows the front view of the correct pelvic orientation and accurately illustrates what is actually the pelvic “wall” at the back. The true bony pelvic floor is formed by your pubic bones.

What all this means to you is first, by understanding and working with your correct pelvic orientation, you can be confident in restoring your natural spinal curvature. My motto for the last twenty years has been, “Change the posture, change the prolapse.”

Secondly, it means that the engineering behind all the “corrective” prolapse surgeries is built on a profoundly flawed understanding of female anatomy. What works surgically when a woman is anesthetized and flat on her back on a surgical table is not likely to work when she stands up and gravity asserts itself.

Learning the natural female Whole Woman posture, and exercising to make it comfortable to hold while you sit, stand, walk, run, lift and carry, will bring about improvement in your symptoms. For younger women this will happen quickly. Older women will take longer. Women often comment that the posture feels strange at first, but once it becomes a habit, it feels completely natural.

You are the only one who can improve your prolapse. Learn the posture and then listen to your body. Your symptoms will tell what you are doing correctly, and what still needs work. 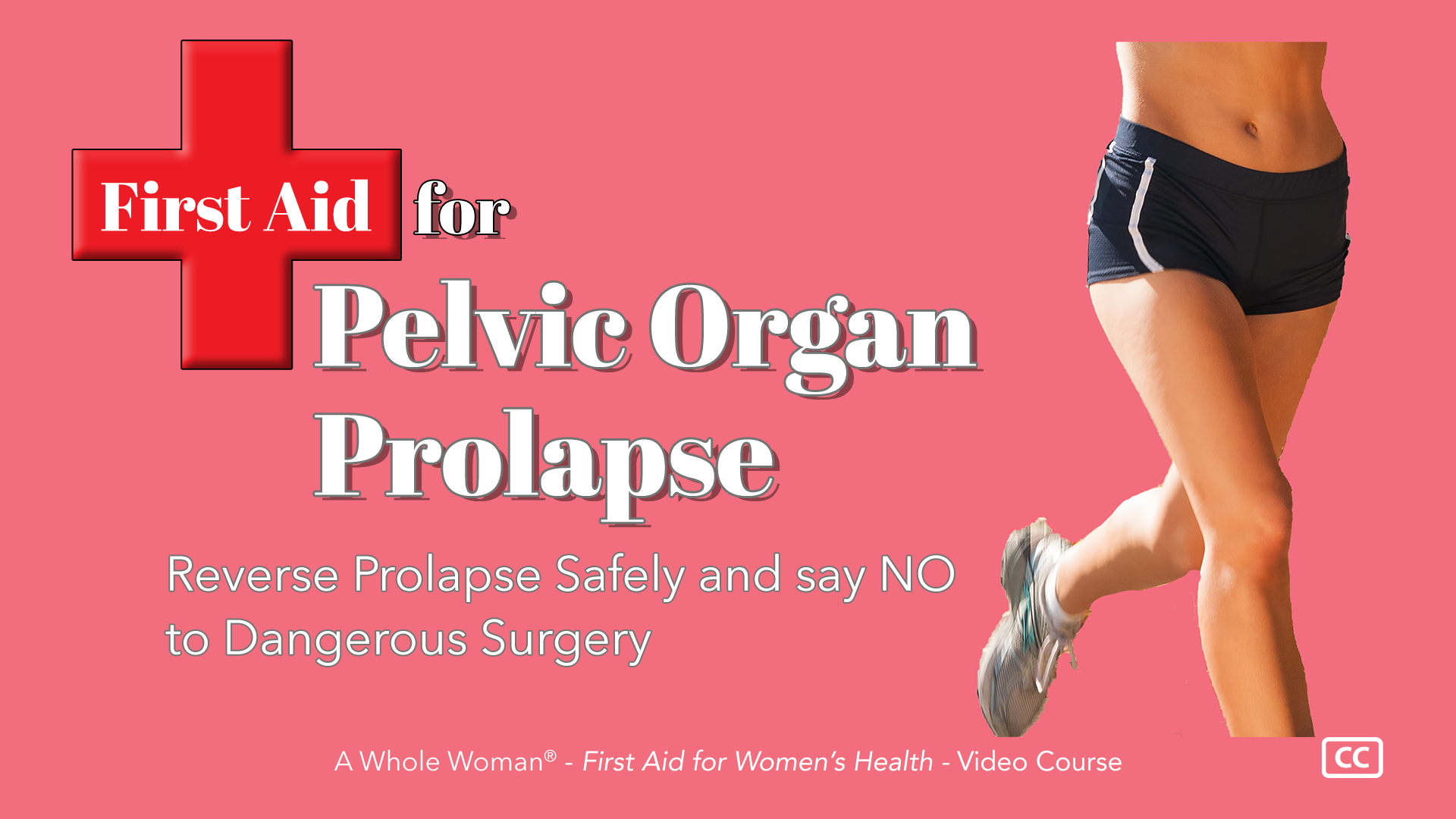